Love your bike? Protect It - Join & Register your bike for FREE with BikeVAULT! - Vault Protected
Search Stolen and Found Property + 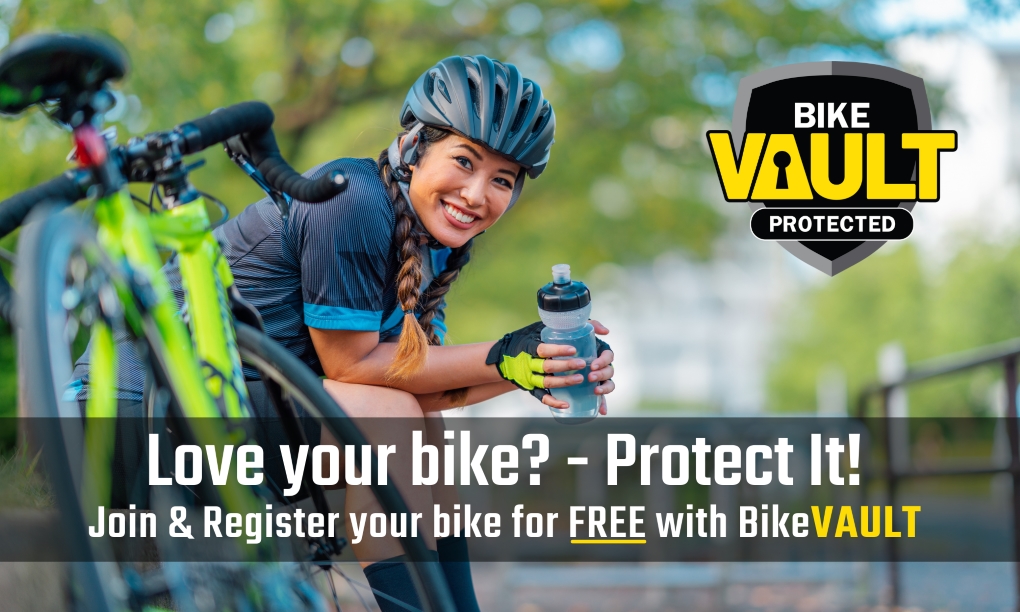 Love your bike? Protect It - Join & Register your bike for FREE with BikeVAULT!

Whether you are a serious cyclist or a recreational bike rider the odds are you have either had a bike stolen or that you know someone that has!  Bike theft is a significant high-volume crime in Australia. Upwards of 30,000 bikes are stolen each year and less than 10% are recovered by police and returned to their rightful owners.

Why are so many bikes stolen and so little recovered?

Bikes are hot property!  Cycling is growing exponentially and rapid advancements in bike technology along with the introduction of the ‘E’ bike segment has led to ever-increasing bike values. This rising demand coupled with the recent supply shortage, means bikes have become hot targets for thieves who profit from selling stolen bikes to black market traders and unsuspecting purchasers in a very buoyant used bike market.

Insecure bike identification facilitates theft. It is a key reason why only a small percentage of stolen bikes are recovered by the police and returned to their owners. Conclusively identifying a stolen bike from the many thousands advertised can be like finding a needle in a haystack. Even a record of the frame serial number is no guarantee that a stolen bike can be identified. Many modern and high-value bikes have their serial number applied via a single label. Some of the smarter thieves exploit this by either altering it or removing it altogether. In some cases, they replace it with a totally counterfeit label which can be almost impossible to detect with an untrained eye.

So What’s the Answer and how does BikeVAULT help?

Ensuring your unattended bike is adequately locked, strengthening your bike’s identification and disrupting the black-market trade, are the keys to combatting bike theft.

The majority of stolen bikes are sold to unsuspecting buyers through online sales advertisements and to second-hand dealers. Disrupting this black-market trade is far and away the most effective means of detecting and deterring bike theft and we can all play a part through the power of community surveillance.

BikeVAULT’s free portal gives the community and police the means to easily search and compare stolen bike reports with bikes offered for sale.  By reporting a potential match you could be helping to reunite a crime victim with their bike.

BikeVAULT’s solution is not just set and forget. BikeVAULT provides, tools, guidance, online support and victim advocacy from former police experts to actively help victims and the police to find and recover stolen bikes; regardless of where in Australia they are stolen or later located.

While the overall solution rate for bike theft is very low, police do recover thousands of stolen bikes each year, but many of these remain unclaimed and are ultimately sold at police auctions because the owners can’t be found.

Registration on BikeVAULT gives you the opportunity to comprehensively record the details of your bike and upload a template of photographs that become so critical to proving your ownership and helping to recover your bike if it’s stolen. Registration also provides you with a secure transferable logbook record that proves the provenance of your bike if you wish to sell it in the future.

To strengthen your bike identification, BikeVAULT in partnership with DataDot Technology offers a range of advanced bike identification kits that provide Overt, Covert, and Stealth identification to your whole bike, making it virtually impossible to de-identify it.   The kits can be purchased from our online shop or from one of our participating bike shop dealers. 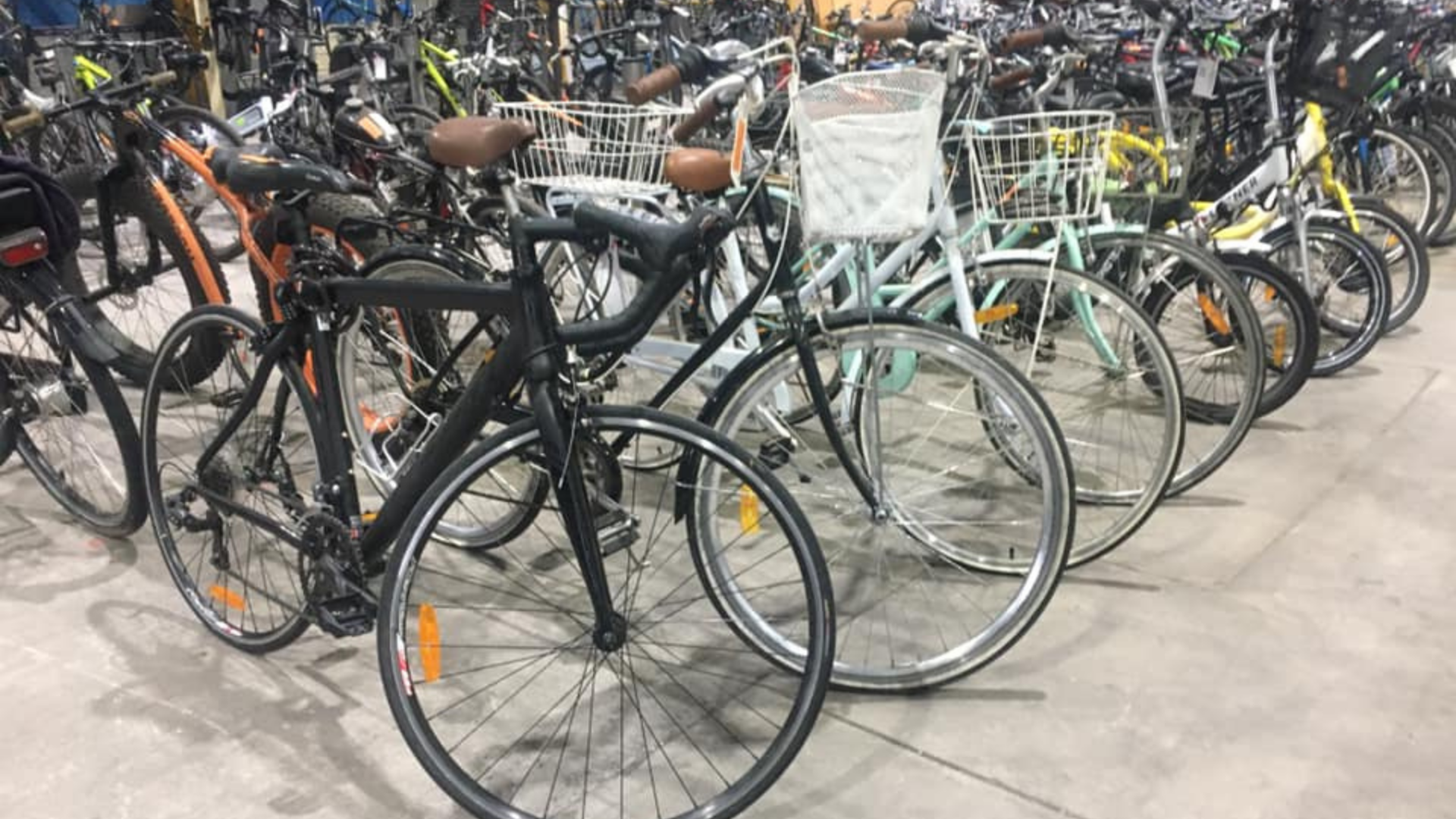 On average a bike is stolen somewhere in Australia every 20 minutes.  Protect yours before it's too late - Join our growing community of concerned bike owners and help fight back.  Sign up for your FREE account and click the ''ADD TO VAULT" button to begin. 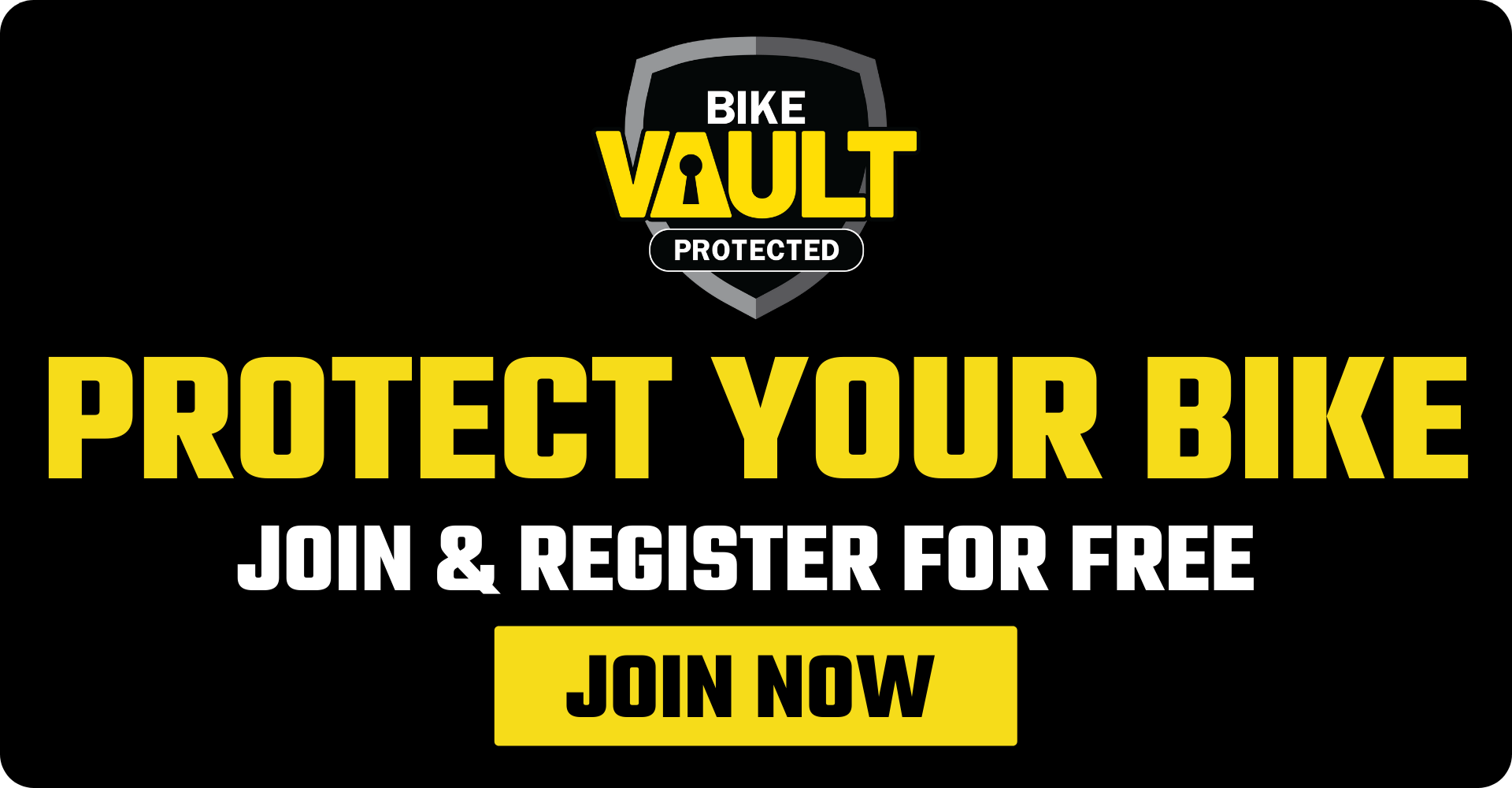