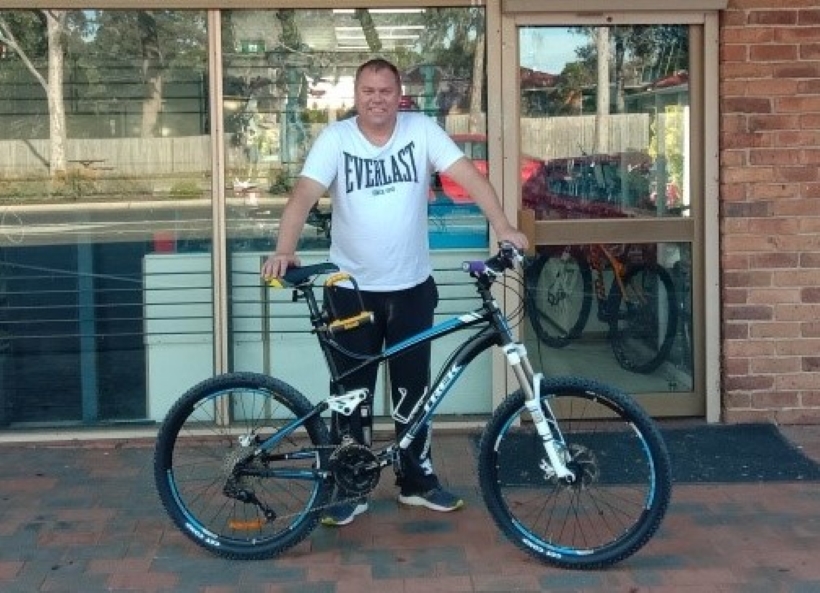 Bike identification can make or break a stolen bike recovery

On 23 May this year, Scott’s Trek Fuel Ex 5 was stolen from his rear yard in Tahmoor NSW. Within a few days it was advertised on Gumtree and purportedly sold cheaply on the same day.  The sale dashed Scott’s hope of a quick recovery for his much-loved bike.

Scott’s fortunes changed for the better on 29 May when the alleged purchaser took the bike to Phantom Cycles in Tahmoor. The shop owner Kerry, instantly recognised the bike as the one reported stolen by his customer Scott and subsequently contacted BikeVAULT and the local police to report the circumstances. Faced with a case of disputed ownership the police seized the bike for safekeeping while they undertook enquiries to verify Scott’s claim to his bike.  Unfortunately for Scott this was not as straight forward as it could have been as he did not have the frame’s serial number.

Scott left no stone unturned to gather evidence of his ownership. This included finding receipts for the original purchase and specialty parts, bank records and even photographs stored on old phones.  Eventually, his persistence paid off, and being able to satisfy the police that the bike was indeed his, it was returned to him. We understand the police are now investigating the purchaser of the bike, who in the circumstances may be charged with handle stolen goods.

Scotts' take on the recovery:  'Words cannot describe how happy I am that I got reunited with my wheels again and a massive thanks to Kerry at Phantom Cycles Tahmoor and an extra special thanks to Brad at BikeVAULT and thanks to Narrelan Police'

Why bike ID is so important

Locating and recovering a stolen bike is not straight forward in the best of times. It can be even more difficult when the victim has no record of the bike’s individual identifiers. When a suspected stolen bike is discovered on a sale site or in a second-hand dealers window one of the first questions police will ask the owner before they become involved is whether they have the frame’s serial number to prove ownership. If the answer is 'No’ many police will be reluctant to intervene, particularly if they have limited or no previous experience in bike theft matters. Even when police do intervene the degree of conclusive identification will be a major factor on whether the owner will get their bike back.  In cases where a stolen bike has been on-sold and ownership is disputed the matter can end up in a court hearing where a Magistrate will decide on who keeps the bike.

Recording a bike frame’s serial number is a great start to bike identification, but remember it only identifies one part the bike and is not necessarily tamper-proof. On many modern bikes the serial number is a peel-off label applied to the frame before or after it is clear coated. These can be easily tampered with and many recovered stolen bikes have had their serial numbers removed or changed.

Protect your ownership - Increase your bike ID beyond a frame number

Each BIKE ID KIT+ comes with 1,000 microscopic microdots with a unique ID locked to your bike for life when registered in the VAULT. 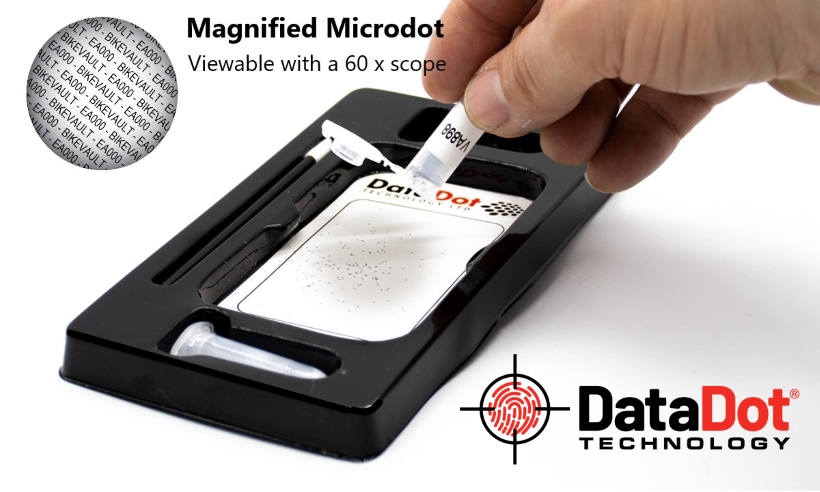 Visit one of our participating bike shops and learn about our bike shop exclusive dealer loyalty theft program, available when you buy a new bike and at the same time purchase a BIKE ID KIT+ on its own or in a bundle with one of our VAULT premium locks. 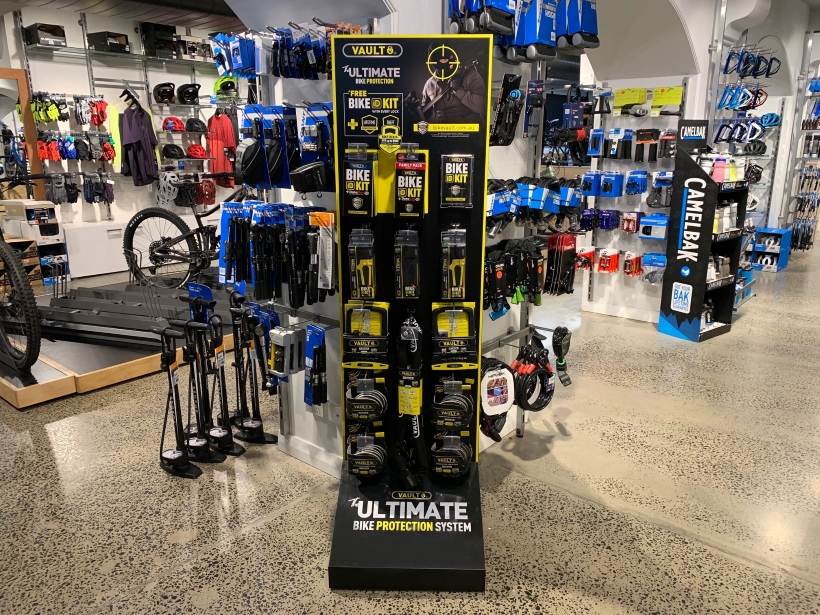 If you own or run a bike shop and support our mission to combat theft and you're interested in selling VAULT locks and ID kits, drop us a note to: admin@propertyvault.com.au.

Register your bike identification and your ownership in the VAULT for free and help us put the black market traders out of business an end targetted bike theft!