On 27 November 2020, Kelly's BMC road bike was stolen from her underground car park in Ivanhoe Victoria.  Although well secured with a 'D'lock it was no match for a motivated thief carrying an angle grinder.

Fortunately for Kelly she had previously registered her bike on BikeVAULT in 2018.  Filing her online theft report was simple as she only had to update her bike details and add the theft circumstances.  Having this information at her fingertips also made it easy for her to file a comprehensive report to the police.

RELATED:  Why bike ID is key to combatting bike theft

Although Kelly was aware of the success BikeVAULT has played in recovering other stolen bikes, she held little hope that her BMC would be recovered.

Kelly didn't have to wait too long.  Seven weeks later two seasoned BikeVAULT - 'Stolen Bike Spotters' reported a suspect BMC advertised for sale on Facebook which potentially matched Kelly's bike.  Following a review and some online sleuthing by the BikeVAULT team, who all experienced ex-police, Kelly was notified and provided with information to forward to the investigating police.

Following some great work by the police, Kelly's bike was recovered in a matter of days and a male was arrested and charged with Handle Stolen Goods.

Just wanted to say a huge thank you for your call last week regarding my bike. I am so appreciative of the lead you had who spotted the bike online on Facebook. 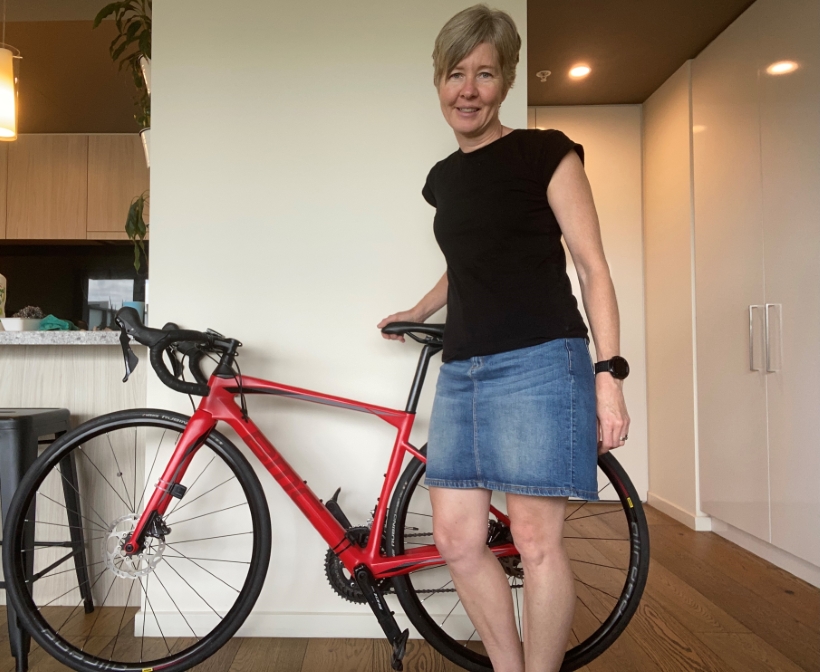 Be like Kelly - Register your bike for FREE with BikeVAULT before it's too late!

On 21 January 2021, Nicolas' KTM mountain bike was stolen from a University in Canberra.  Three months later a BikeVAULT - 'Stolen Bike Spotter' found a matching bike advertised for sale on Gumtree.  After verifying the identity Nicolas and the police were notified resulting in the bike being quickly recovered by the ACT Police.

I wanted to let you know that the police recovered my bike. All thanks to your tip!

I really appreciate what you did. The bike is not in the best condition... the thieves changed some of the components and it'll take some time and effort to bring it back to its former glory. but at least I got it back!

Thanks again, much appreciated indeed! 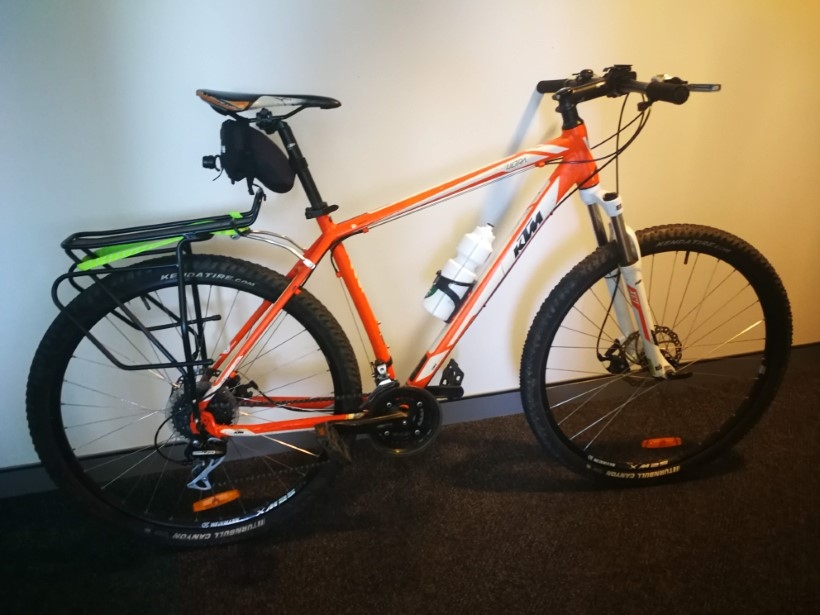 Mathieu's Gazelle E-bike was stolen from the street in South Yarra on 10 April 2021.  On 18 April, a BikeVAULT - 'Stolen Bike Spotter' identified the matching bike advertised for sale on Gumtree.  As a result of the information provided by the spotter and verifed by BikeVAULT, the police executed a seach warrant and recovered the bike and arrested a male for handling stolen goods.

PropertyVault contacted me to let me know my bike was being listed online. Thank you so much for this! The police was then able to intervene and recover the bike. 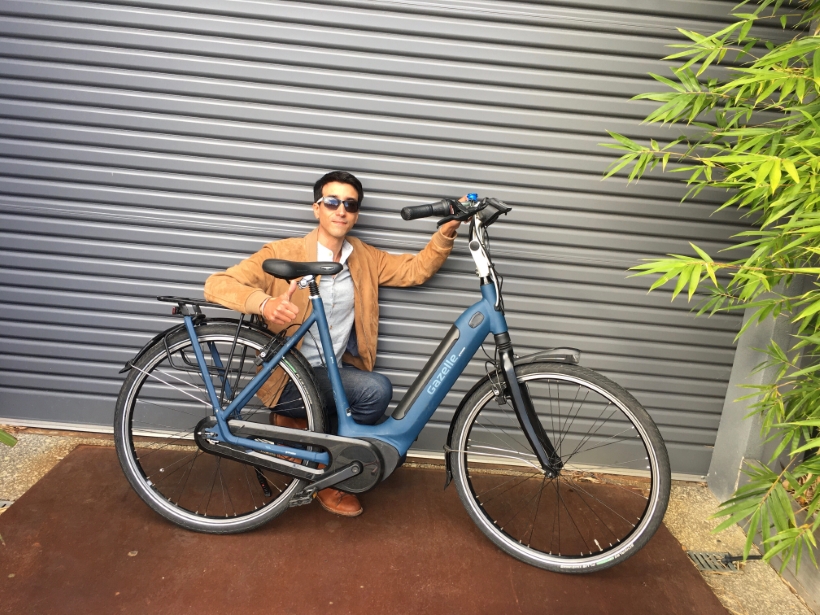 Josephs's bike was stolen from the street on 10 February 2021 and recovered within one week when Winston, a fellow bike theft victim, was trawling online sites for his own stolen bike.  Not only did he find his bike, he also matched Josephs's bike on BikeVAULT.  The police subsequently executed a search warrant and recovered both bikes.

My bike was recovered by Victoria Police when another BikeVAULT user found theirs for sale and then searched the site and saw my mine was stolen from the same location. This helped police recover both bikes and easily tracked back them to the owners. 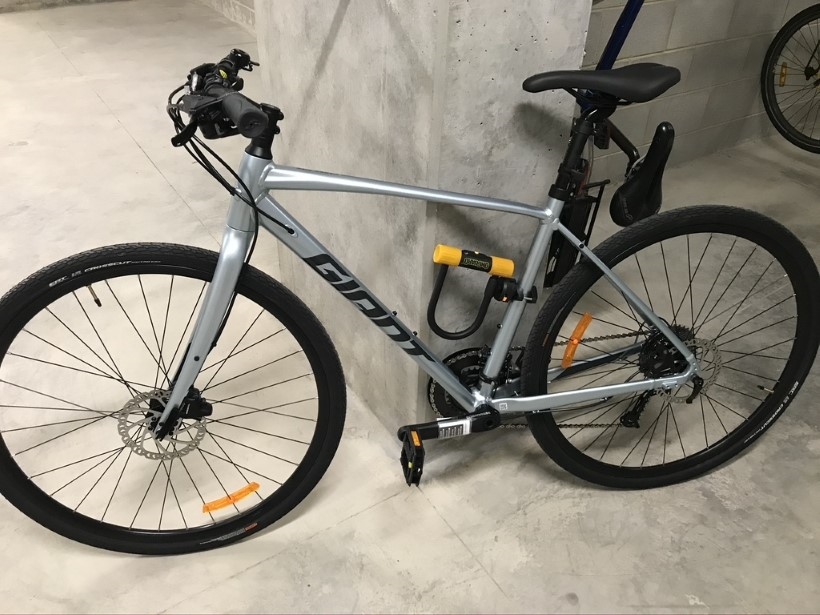 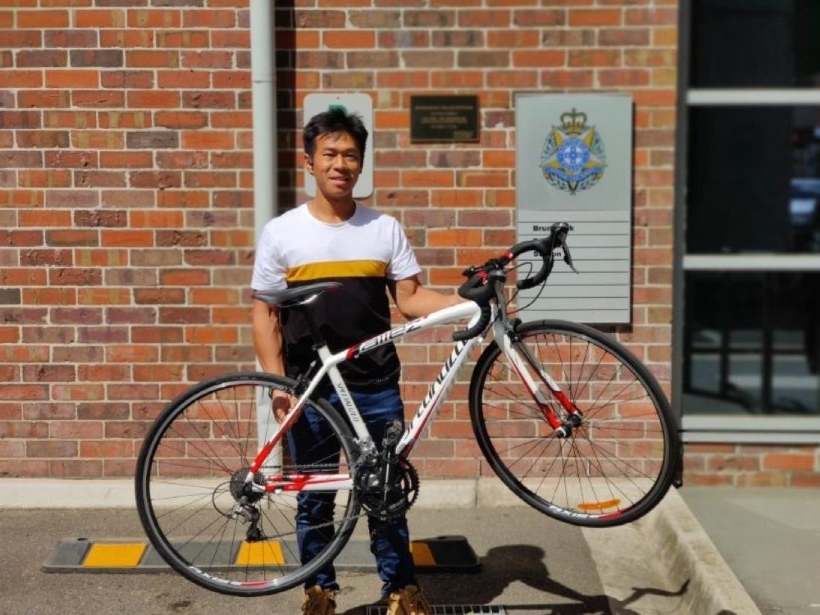 Cameron's BMC URS gravel bike was stolen from his garage in Coburg Victoria on 20 January 2021 and returned to him 10 days later.  A Good Samaritan Duncan had found the bike partially submerged in a nearby creek.  Following a search of BikeVAULT's stolen listing he quickly identified the matching stolen bike and made an online report.  A meeting was then arranged at Brunswick Police Station for Duncan to hand the bike to a friend of Cameron's and notify the police to scratch another bike off the stolen list. 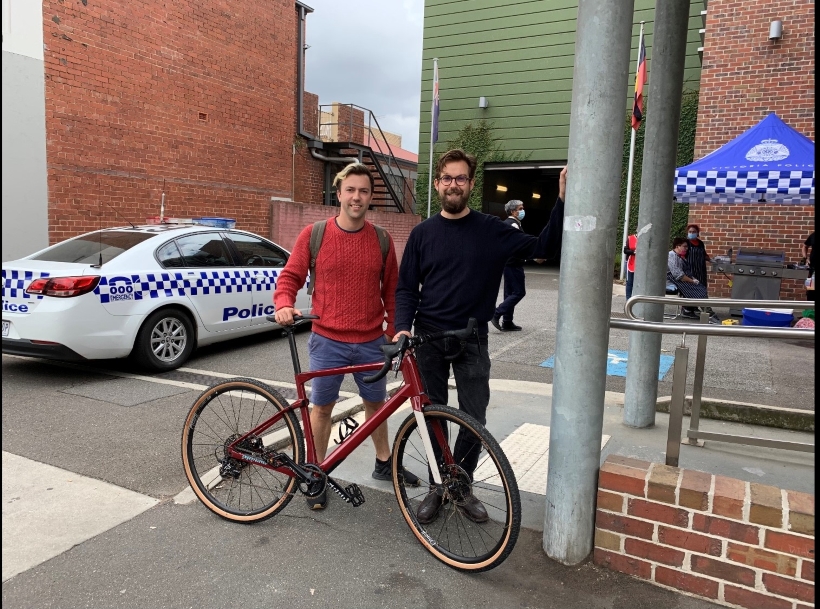