A joint effort by Margit, BikeVAULT and the QLD Police resulted in her stolen bike being quickly recovered! - Vault Protected
Search Stolen and Found Property + 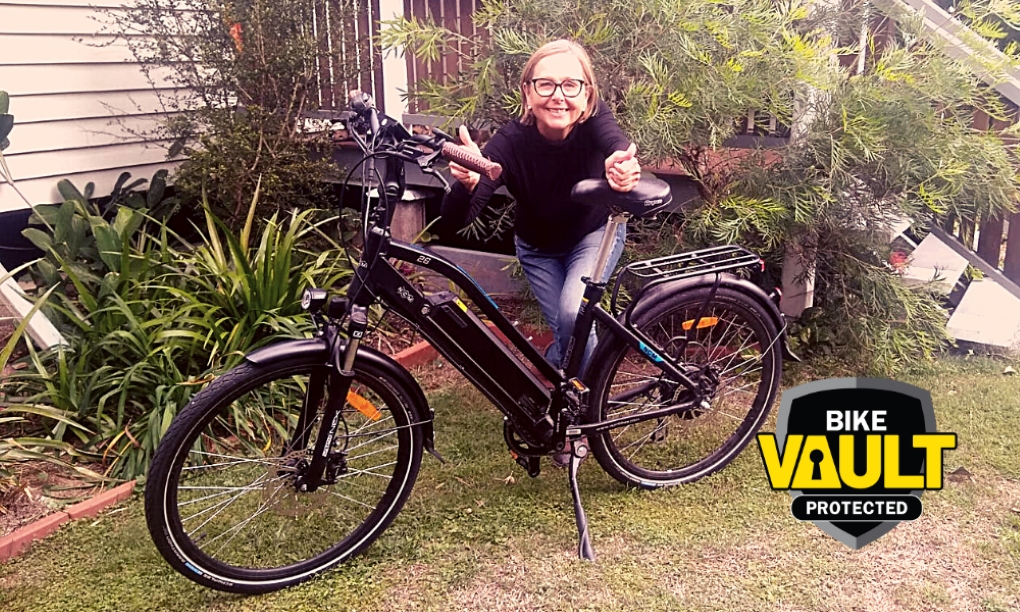 A joint effort by Margit, BikeVAULT and the QLD Police resulted in her stolen bike being quickly recovered!

Margit's beloved NCM commuter E-Bike was stolen from her rear yard in Norman Park, Queensland on 28 May 2021.  After reporting the theft to the police, she posted details of her bike theft on Facebook, where she was prompted to report to BikeVAULT.

Keen to get her bike back, Margit made her report to BikeVAULT and thoroughly followed the instructions we send all victims on what to do and where and how to search for their stolen bike.

Luck favours those that put in the work ...... sometimes quickly!

Within a few hours of reporting her stolen bike, Margit found a suspicious advert on Facebook, which she believed was her bike.  Not sure on the process to follow she contacted the BikeVAULT team, who assisted her in locking down the evidence, proving the bike was hers and preparing information for the police so they could act quickly.

Armed with information, the police executed a search warrant at the seller's premises and recovered Margit's bike.  The police are now investigating the male seller, who may potentially face charges of theft or handle stolen goods.

Thank you BikeVAULT, I would not have managed to get my back without your assistance.