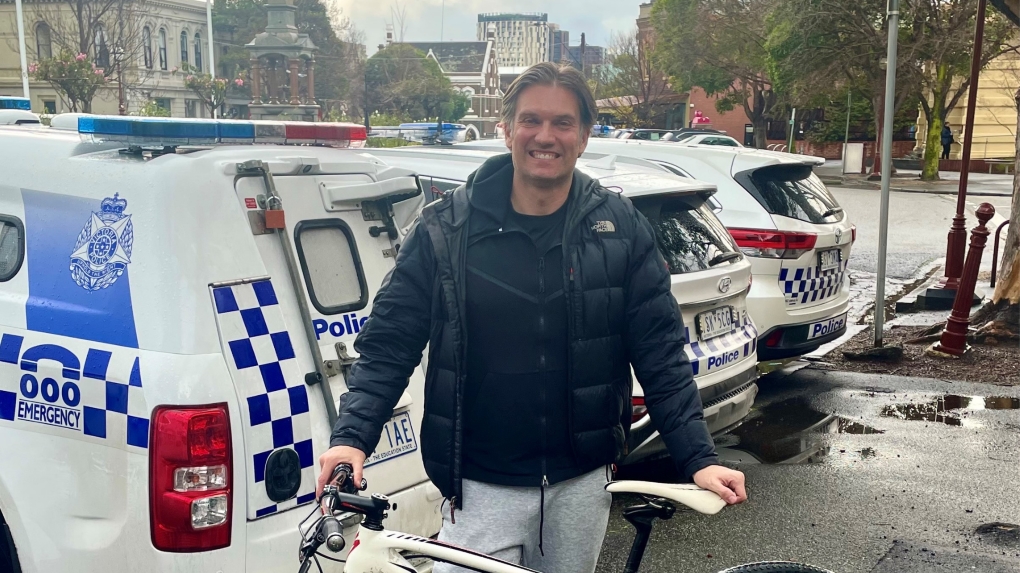 De-identified but still identifiable - Ben's stolen bike was recovered thanks to a Good Samaritan checking BikeVAULT!

Ben's Specialized Stumpjumper was stolen from a bike rack in South Melbourne on 3 October 2020.  Although well secured with a quality brand chain lock, the thief was able to cut the lock and steal his bike.  Upon learning of the theft Ben filed a report at the South Melbourne Police Station, where a diligent police member advised him to also report the theft to BikeVAULT.

Like most victims, Ben followed our tried and tested recovery advice for a few weeks - scanning online adverts and notifying second-hand dealers hoping his bike would turn up.  As the months went by he eventually gave up all hope.

Whilst many victims give up on their bikes being recovered, BikeVAULT doesn't, ensuring that all stolen bikes remain searchable and identifiable.  When a victim submits a theft report on BikeVAULT, only certain information and photographs are made public to avoid educating thieves and handlers on what to remove to de-identify the bike.  The full stolen report including the frame serial number (hidden but searchable) is only accessible by the police, victim, and the BikeVAULT (PropertyVAULT) admin team.

RELATED: How the tools used to reduce car theft can help reduce all property crime

An informed Good Samaritan comes to the rescue

The vast majority of the stolen bike recoveries on BikeVAULT, usually start by the victim finding their stolen bike for sale, or a member of the public (stolen bike spotter or a used bike purchaser) reporting a matching bike for sale online or at a second-hand dealer.  The police also identify and recover many stolen bikes using our portal, but overall the victims and public find the majority.

In this case, a Good Samaritan member of the public found Ben's bike stored in an apartment garage in Melbourne.  Aware of BikeVAULT from a prior theft at the apartment complex, he conducted a stolen bike search and found Ben's matching stolen bike report.  After submitting information via the 'MAKE A REPORT' button attached to Ben's report, a BikeVAULT admin made contact to work through the bike's identification. Obvious from the exchange of information and photographs provided, the bike frame serial number had been removed, along with several other identifiers in an obvious attempt to make it hard for the bike to be identified as stolen.  Fortunately for Ben, there were a few non-public viewable unique identifiers still on the bike that enabled it to be categorically identified as his.

Once confirmed to be Ben's bike, arrangements were then made for the Good Samaritan and Ben to meet at the South Melbourne Police Station, where his bike was returned and the police notified.  The police now have a suspect in their sights for the theft of Ben's bike.

I got quite a shock when 9 months after my bike was stolen I got a call from BikeVAULT. I couldn’t quite believe it until I saw the bike itself in person. I can’t thank the great person enough who found it and went to the trouble of looking on BikeVAULT and BikeVAULT itself for their help and service. I’m just so grateful to have it back after all this time. 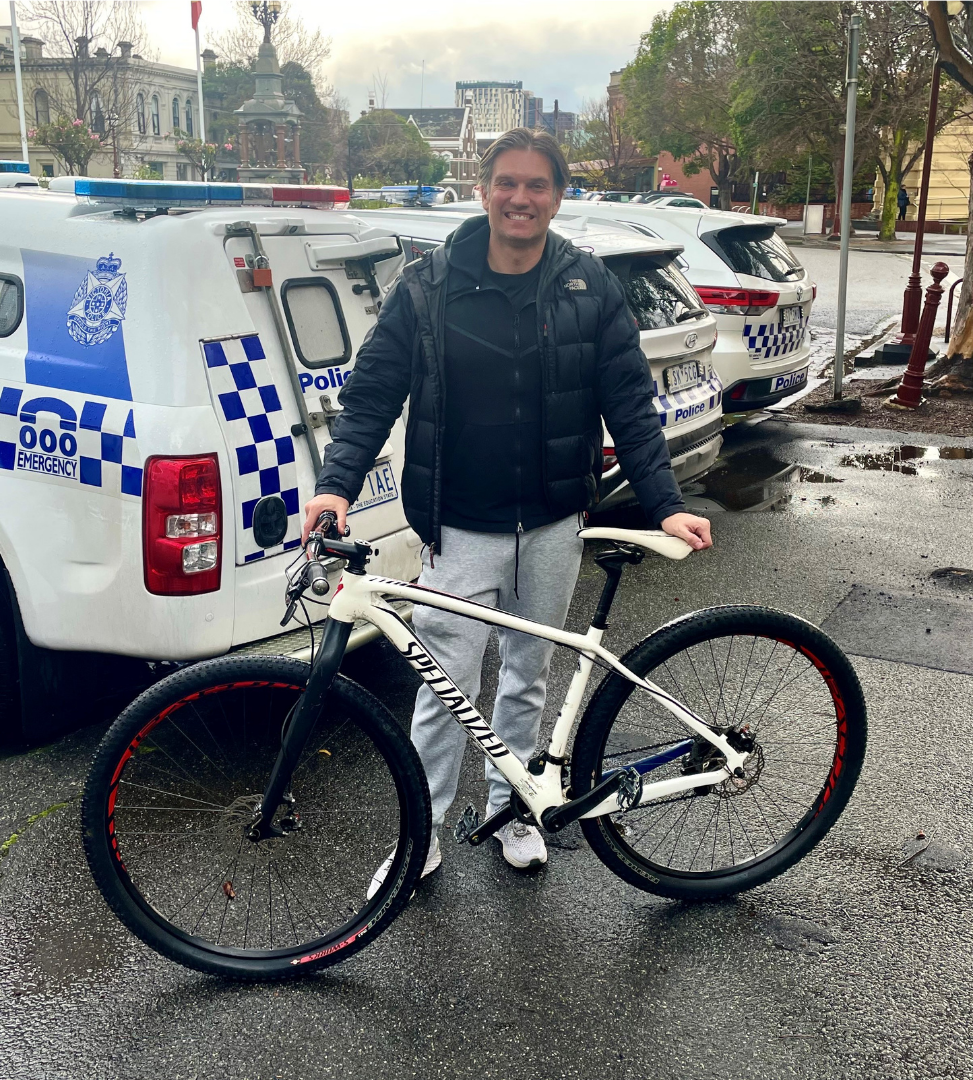