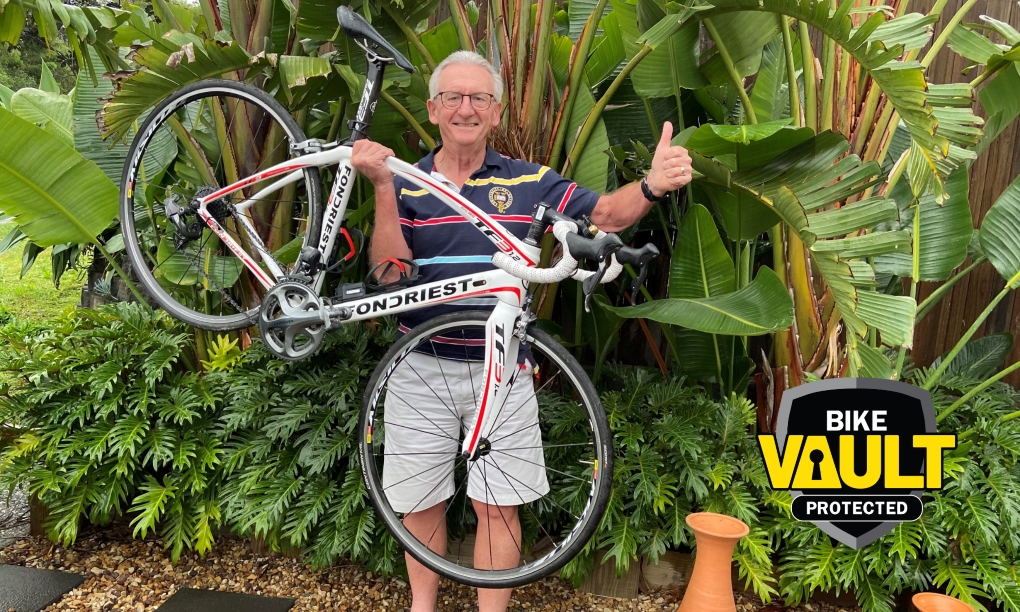 You have to wonder if thieves knew who they were stealing from whether they would have thought twice?

In this case, they stole from an exemplary gentleman named Kelvin who has devoted his long working life to tirelessly serving the community as a Salvation Army Colonel (now-retired) and amongst his other community services is the honorary Chaplin to the Pollie Pedal Ride, raising money for worthy charities; this year being Soldier On.

Kelvin’s bike was locked away in his garage in Upper Coomera, Queensland when on 2 July 2021 our arch-enemy (aka bike thief) entered his yard and stole his much loved 2011 Fondriest TF3 road bike.  Devastated to lose a bike that has given him so many good memories and adventures over the last 10 years, Kelvin reported the theft to the police and to social media where he was advised to report the theft to BikeVAULT.

Following the tried and tested BikeVAULT advice, Kelvin was helped by his daughter to scan the various buy and sell platforms in the hope of spotting his stolen bike.  Maybe it was divine intervention or simply reward for effort but success came quickly when not only his daughter but also two BikeVAULT stolen bike spotters saw his bike advertised on Facebook Marketplace. 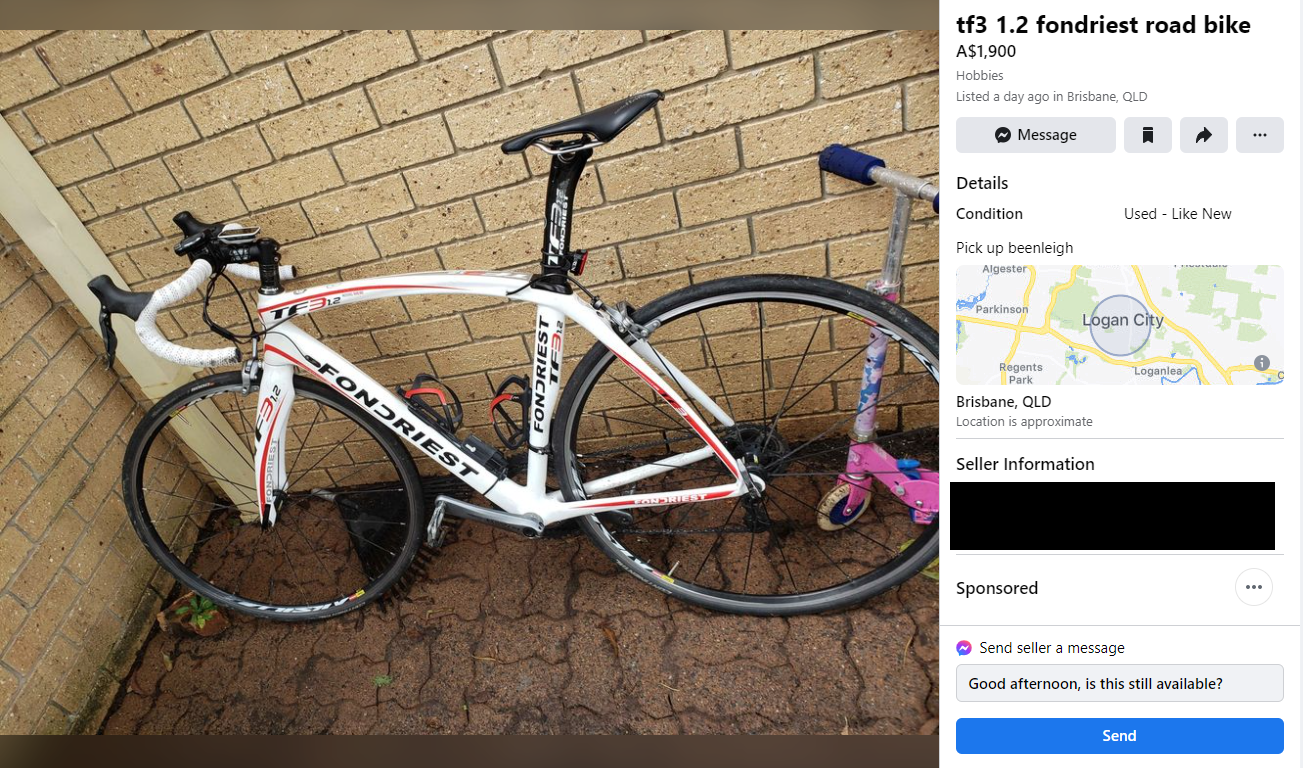 Knowing his bike was likely to sell quickly in an overheated second-hand market and not wanting to lose this window of opportunity, Kelvin immediately contacted the police to request their intervention.  Understanding that police are busy and their responses are prioritised by the urgency of the assistance required, Kelvin went directly to the police station nearest to where the seller was located in order to fully explain the circumstances and convey the urgency of the matter. This is consistent with BikeVAULT’s advice in these situations as speaking face to face to police helps ensure the police understand the need for timely action, something that can be easily lost with online and phone reporting.

This proven and effective approach worked for Kelvin as the police from Beenleigh did some great work, which resulted in the execution of a search warrant and the recovery of Kelvin's stolen bike.  The police are now investigating the seller and we understand they are likely to face charges for Break and Enter and Stealing.

Hi Brad - The bike was recovered by Police within 30 hours from when I reported the theft. I cannot say enough how grateful I am for the amazing support and diligence of PropertyVAULT, and yourself personally. Your support was immediate and effective, with the notice being widely seen and with good response from people. I am extremely grateful for the superb work of Coomera Police, who responded very quickly and especially to Beenleigh Police who tracked down the culprits, and with good Police work, they managed to ensure the bike was actually delivered mysteriously back to the Police station, all within 30 hours from when I first reported. The bike has minor damage to the handlebar tape but otherwise returned intact, including the  Garmin! Again, so grateful to you and PropertyVAULT. Kelvin Alley

We have never met a victim we haven't liked and not wanted to help, although some special individuals like Kelvin reinforce why we exist!  To give back to the community in partnership with DataDot Technology we will be making a corporate sponsorship to the Pollie Ride this year, which is raising money for the Soldier On organisation.  Soldier On supports those who have served and continue to serve in the Australian Defence Force (ADF) and their families.