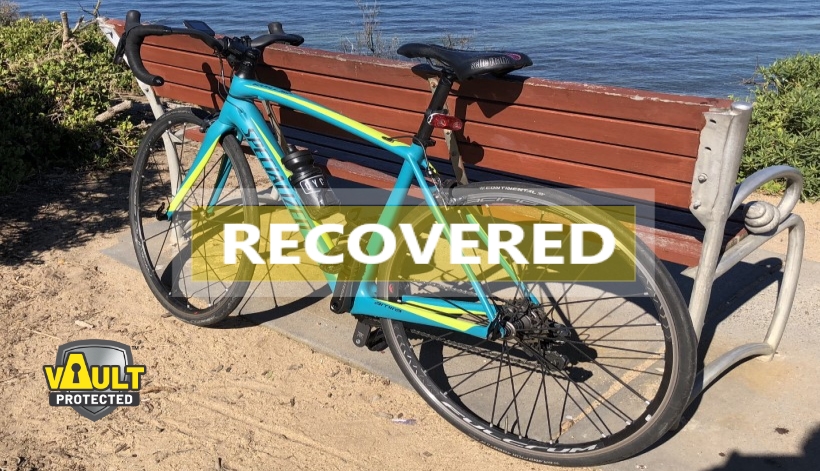 There is no time limit on when stolen bikes can be recovered.  Regardless of how times a stolen item is on-sold, the original owner unless paid out by insurance never loses their right of title.

Stolen but not forgotten - though insurance pays

In February 2018, this much-loved Specialized Amira was stolen from a locked bike storage room in an apartment complex in Windsor, Victoria.  As a result, of some good investigative work by the police at the time, they were able to identify, charge and convict the thief, but unfortunately, the bike was not recovered.

Fortunately, the owner who reported the theft to both police and on BikeVAULT was insured and paid out, allowing them to continue riding.

Not wanting to let the thief get away and profit from the bike, which now belonged to the insurer, they followed our proven tips to recovery, which includes ensuring their BikeVAULT stolen report was well filled out and includes good quality photographs, so if the bike was later found it could be easily identified and recovered

PRO TIP: If every cyclist took photographs of their bike and registered their details on BikeVAULT – most bike theft fueled by the black trade would come to an end!

Sow the seeds and reap the rewards

Fast forward to April 2020 and low and behold one of our many stolen bike spotters found the Amira for sale on Gumtree in the Keysborough area.  After firming up some unique identification details the PropertyVAULT team contacted Southern Metro‘s Detective Inspector Mick Daly, which led to Detective Senior Constable Ewen Mclean of Dandenong CIU promptly recovering the bike and arresting the seller.  That person was subsequently charged with handling stolen property and some other unrelated offences that the keen-eyed investigator detected.

Moral to the story

Simply put there are five things you can learn from this story: