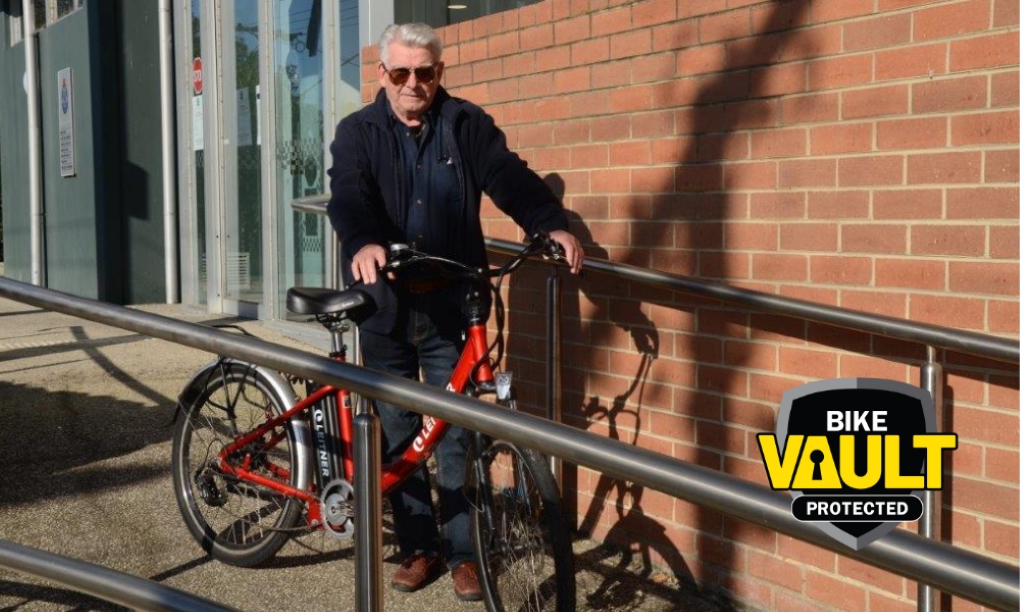 A very happy customer of the Victoria Police and the VAULT collected his son's bike today from Heidelberg Police Station after it was recovered by the police in a raid earlier in the month, after being stolen from a house in the eastern suburbs of Melbourne in September last year.

Here is Albert the owners take on the good work:

Totally remarkable, I never thought I would see the bike again.  I can't thank the police and PropertyVAULT enough.  I wasn't aware of PropertyVAULT until I received a call earlier in the week, now I plan to tell everyone to get on board and register their assets.

Thanks, Albert for the support, and thanks to Kitty at Leitner Cycles and the diligent Property Officer Belinda at Heidelberg Police Station for their efforts to locate and return the bike to Albert.  Glad we could help.