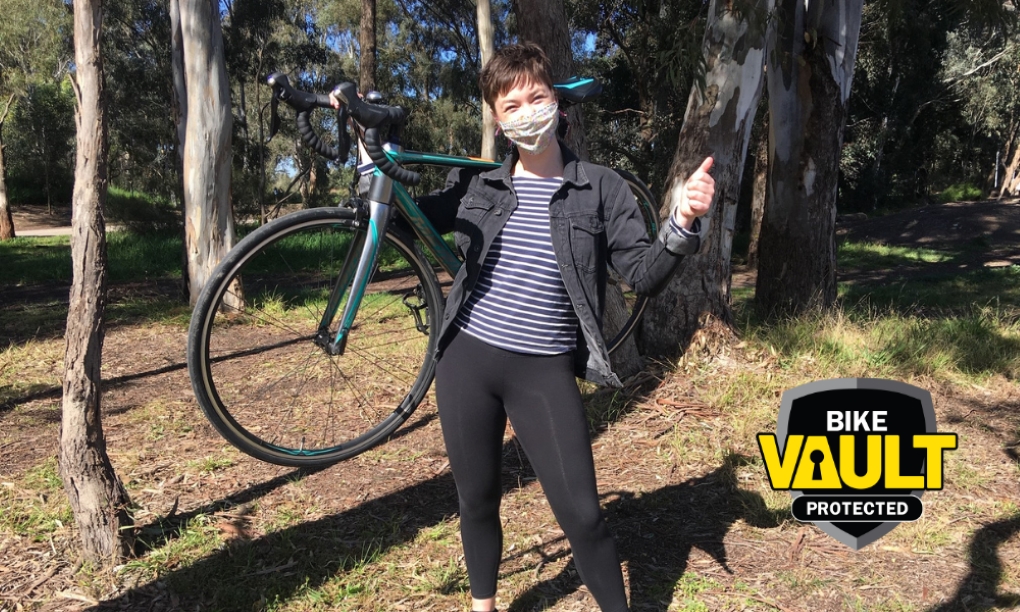 Jessica's Merida Scultura was stolen from a shed in her rear yard in Heidelberg West, Victoria on 4 April 2020.

Devastated to discover her bike had been stolen, she reported the theft to her local police.  Fortunately for Jessica, the police member taking the report was aware of BikeVAULT and advised her that VAULT registration was a very effective avenue to help recover her bike.  Following the advice, Jessica registered a stolen report on BikeVAULT thereby substantially increasing the odds of her bike being recovered. It could now be publicly searched Australia wide and identified by any one of the thousands of VAULT subscribers and stolen bike spotters, not just the police.

Within a week of her report to BikeVAULT, a lead was received via the 'MAKE A REPORT' button and portal attached to each stolen asset on the VAULT.  Unfortunately, in this instance, it turned out to be a dead-end.

Jessica’s fortunes changed for the better in early September when a police member from Heidelberg Police station did a routine search of the VAULT to try and find the owner of a recently recovered stolen bike. Due to the enhanced search capabilities of the VAULT and extra police privileges when searching stolen assets, they quickly matched the recovered bike with Jessica's stolen bike report.

Like most theft victims who receive a call from VAULT admin, Jessica was surprised but very happy to hear that she would be getting her bike back.

Mindful of the strict Covid regulations in Victoria, a very grateful Jessica attended the Heidelberg Police Station the following day and collected her bike.

From the Heidelberg Police Property Officer - "Owner located within 1 hour due to the BikeVAULT page.  One very happy customer".

From Jessica - "Apparently it was found by the police somewhere about 3kms from my residence, unlocked. So the police recovered it and found me via Bike Vault - thank you so much for your great service!"