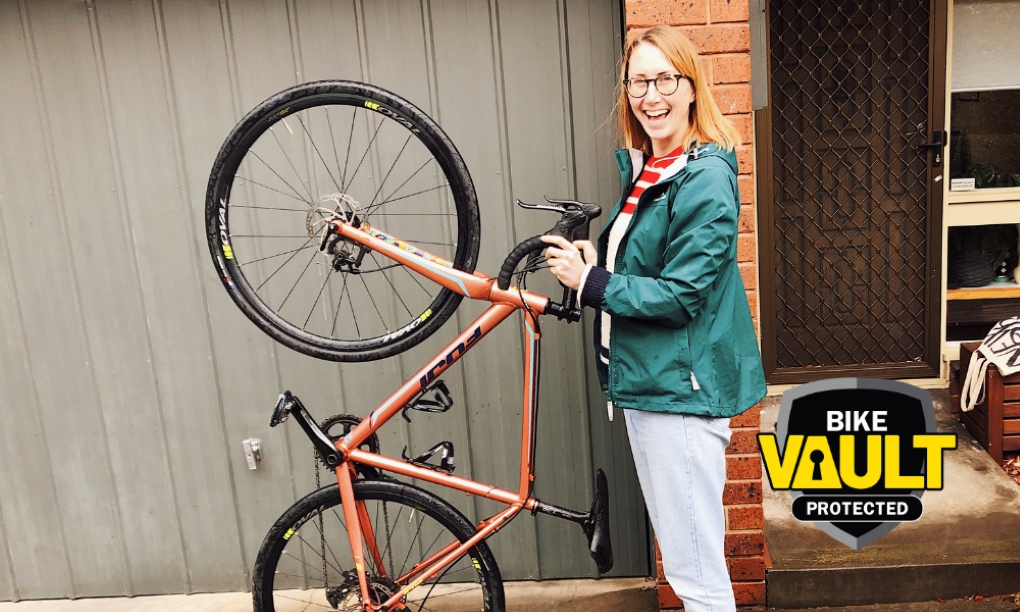 Meg's recovered stolen bike – complex at first but simple in the end!

Bike theft can be a complex crime for police to investigate, especially when the stolen bike is quickly sold multiple times ending up in the possession of an innocent purchaser.

When a stolen bike turns up – typically for sale online or at a second-hand dealer, proving the bike's identity and ownership is critical for the police to be willing and able to act.

On 29 July 2020, Meg’s much-loved Fuji CX was stolen from Melbourne, where it was locked to a bike rack outside a public hospital, where she worked as a nurse. Within a few days of reporting the theft to the police, Meg found her bike for sale online, which she then reported to the police, hoping for a speedy recovery.

In this case, Meg’s bike identity was provable but not straight forward as the bike serial number was not recorded at the time of purchase.  Having found her bike advertised for sale online and being told there was nothing the police could immediately act on without further proof; Meg and a friend took the matter into their own hands and contacted the seller, posing as a purchaser of the bike.  At around the same time, a friend advised Meg to report her bike stolen on BikeVAULT, which she did, resulting in 2 reports being received within 24 hours of the matching bike advertised for sale.

Unaware of the previous case history, a VAULT admin contacted Meg and quickly learned the back story and her efforts to recover her bike back.  As the bike now appeared to have been on-sold, time was of the essence.

Sometimes a phone call is all that is needed

A quick phone call to the seller by the VAULT admin changed Meg’s fate and unraveled the sale of the bike to Erica, an innocent purchaser.  Erica upon learning the history of the bike was devastated and immediately wanted to do everything as quickly as possible to reunite Meg with her bike.  Fortunately for Erica, the seller of the bike gave her money back and is now assisting police with their investigation of the person he purchased the bike from, which our hunch suggests was either a knowing handler or the thief. 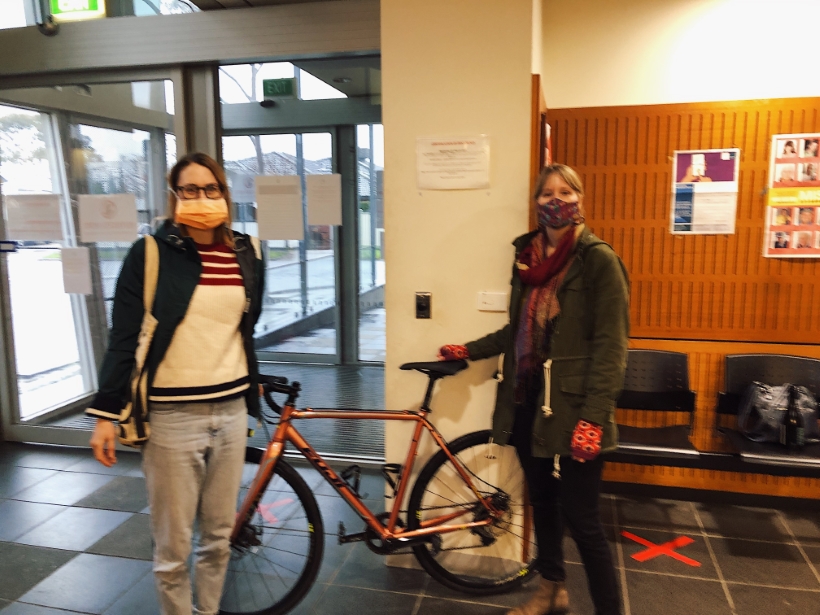 Meg and Erica met up at their local police station to hand over the bike and pass on information to the police, who now have a suspect to investigate.