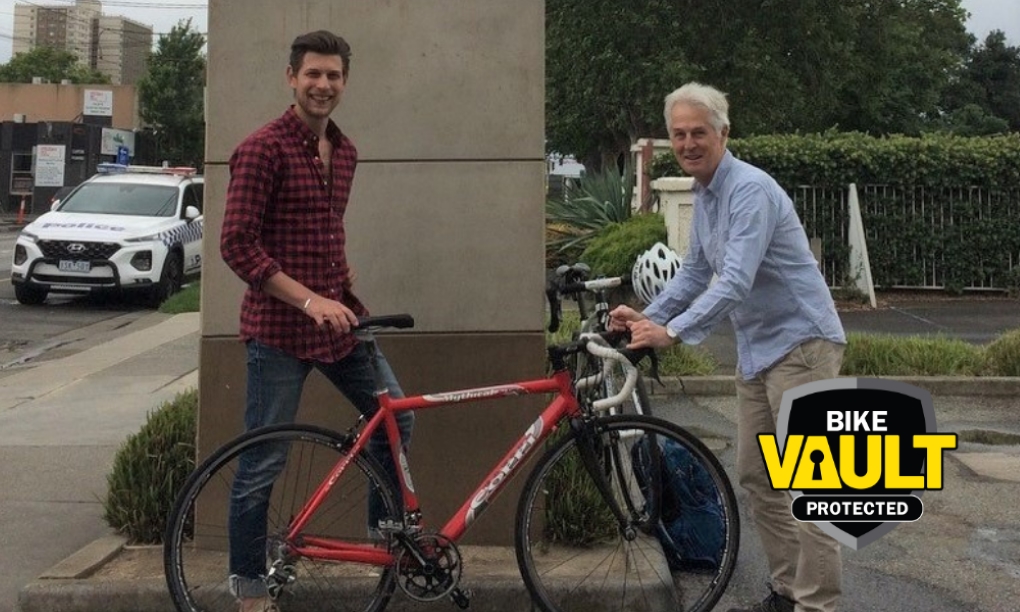 Marks' prized Fausto Coppi road bike was stolen from his apartment garage in Richmond, Victoria, in March this year.   Holding little hope that his much-loved custom steed would be recovered, he reported the theft to the Richmond Police, where a diligent Constable referred Mark to also lodge a report on BikeVAULT.

As days, weeks, and months went by, Mark like most victims had basically given up all hope of seeing his bike again, which quickly changed on Sunday night when he received an unexpected call from BikeVAULT, advising that his bike had been found.

There is always hope when there are honest people willing to do the right thing!

What makes this recovery and others like it special, is that it relies on the honesty and the good nature of people to do the right thing, even at their own expense!  George, (aka Nice guy and Good Samaritan in the chequered shirt) purchased Mark's bike after it was advertised for sale on Facebook Marketplace for $150.

Whilst bargains are there to be had on Facebook Marketplace, after collecting the bike and bringing it home, George had some doubts, that his bargain buy may be too good to be true.  His doubts were confirmed when a friend referred him to the BikeVAULT website, where a quick 'Make' search revealed the only listed stolen Fausto Coppi on our website, was a direct match to the bike he just purchased.  Without hesitation and wanting to make good, George contacted BikeVAULT on Sunday night, putting the wheels in motion to this recovery, resulting in Mark and George meeting up at the Richmond Police station on Monday, where the bike was handed over and the police notified.

The police now have a lead that will hopefully result in the thief and/or a knowing handler being prosecuted.

Below is a screenshot of the advert on Facebook. 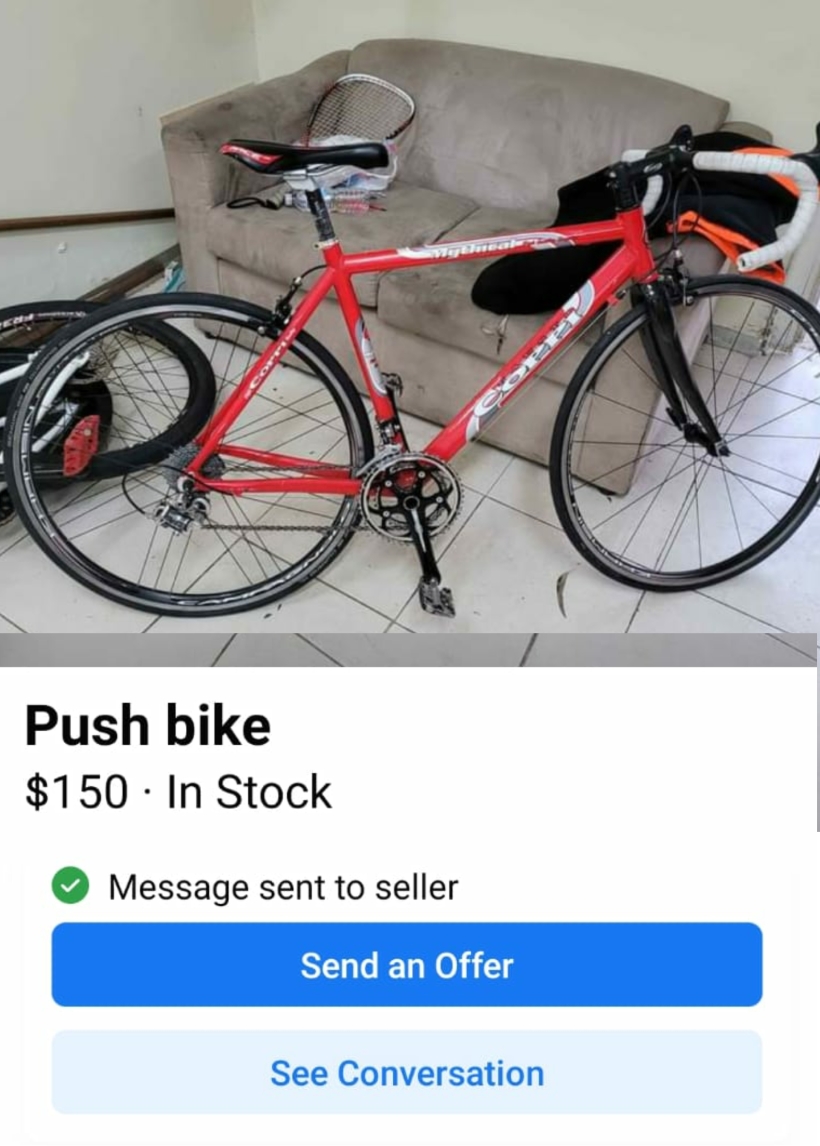 There are wonderful honest buyers who later check online and find their (so cheap!...) new purchase on BikeVAULT - and call it in.  Grazie mille to George and thank you to BikeVAULT for your great community service!