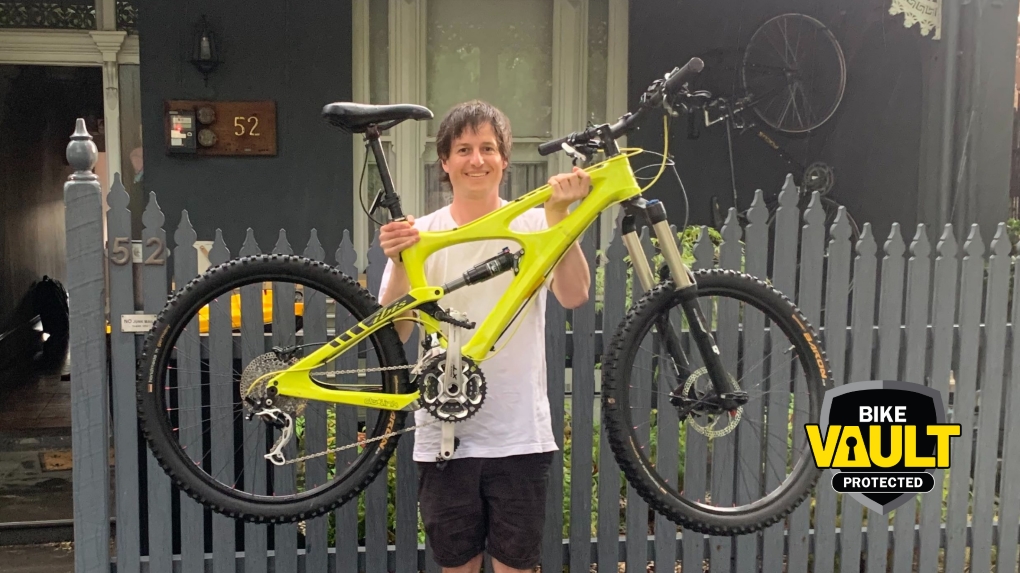 Community surveillance combined with decisive action by police is a proven recipe for stolen bike recoveries!

These five stolen bikes may never have been recovered if it weren’t for our vigilant BikeVAULT followers making prompt online reports to PropertyVAULT after checking suspect advertisements against BikeVAULT’s stolen listings.  Great work by all involved!

Otto’s bike was stolen on 28 November from a house in Clifton Hill Victoria. He was very surprised when he received a phone call from the PropertyVAULT team just three days later telling him that his bright yellow IBIS Mojo had been spotted on Facebook priced for a quick sale. A great coordination effort between Otto, PropertyVAULT, and police from Brunswick saw the bike recovered within a few hours. A man was apprehended in relation to the theft.

$10,000 bike back home and so happy! This is such an incredible service. I reported the stolen bike on Sunday and by Tuesday, a community member had seen the bike on a listing, notified Property Vault who then called me to advise on next steps with the police. I will be registering my bikes from now on and highly recommend anyone reading this to use this free service.

This $23,000.00 Cipollini NK1K (new price) was stolen from a house in Brighton East, Victoria on 6 May 2021. Alarm bells started ringing at PropertyVAULT this week when we received six separate reports that the bike was spotted for sale on Gumtree.  A rapid response coordinated by the PropertyVAULT team with Detectives from Moorabbin resulted in a man being apprehended and the Cippolini along with a stolen Giant road bike being recovered. The man is now under investigation for multiple suspected stolen bikes being sold online.

Many bike shops see their fair share of suspect bikes when they are brought in for repairs and service.  The owner of this stolen bike is grateful that St.Kilda Cycles checked the BikeVAULT stolen listings and followed up with a report when his bike was brought in for service.