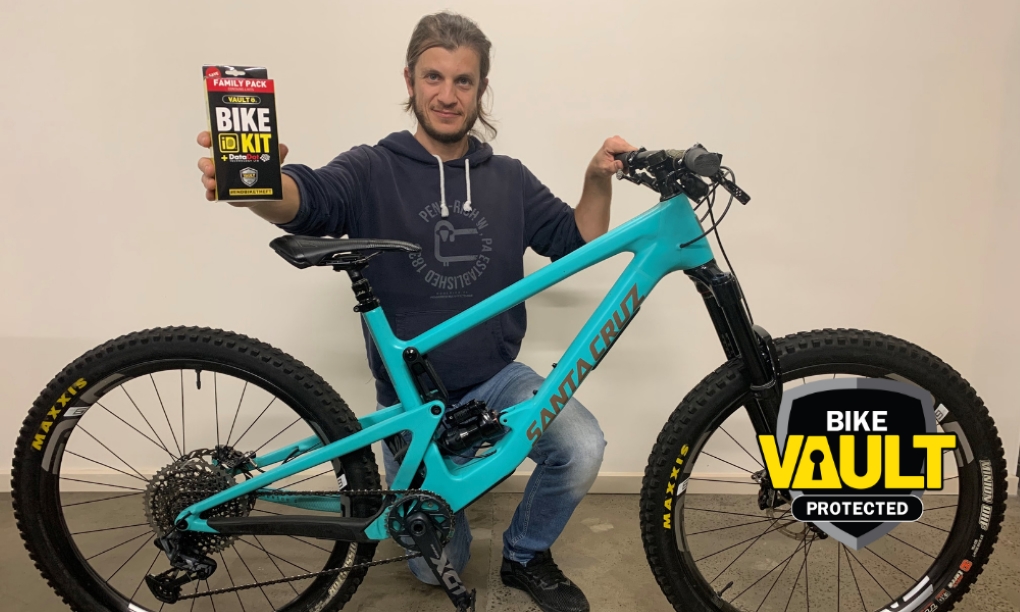 Determined thieves will go to great lengths to avoid getting caught with a stolen bike.  Depending on the value of the bike some will try to change the appearance and alter the manufacturers' identification, while others will transport the bike interstate to avoid it being identified.

In this recent case, Stefano’s Santa Cruz Mountain bike was stolen from his apartment garage (aka a bike thief’s favourite hunting ground) in Manly Vale NSW on 4 March 2021.

Not wanting to give up hope of ever seeing his $11,000 custom bike again, Stefano reported the theft to the NSW Police and BikeVAULT.  After reporting he was provided with our guide to help find and recover your stolen bike that includes tips and tools such as setting up alerts on Findabike; our search engine that scans and reports potential matching stolen bike advertisements on Gumtree and eBay. 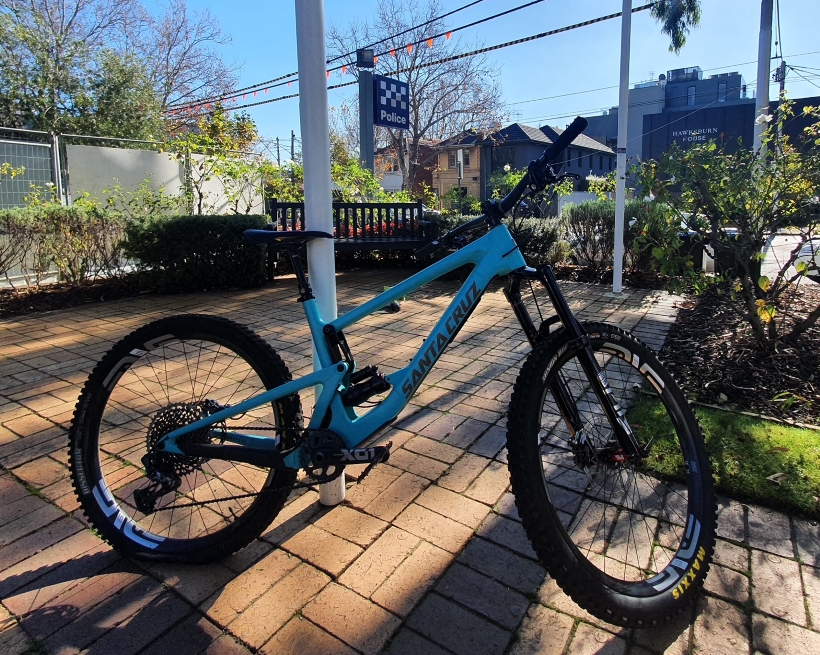 Stephano’s luck changed when in late April his bike appeared on Gumtree for sale in Victoria. Hoping for a quick recovery he contacted NSW police to notify them of his find.  His elation was short-lived when he was told there was not much the NSW police could do quickly given the bike was now in Victoria and out of their jurisdiction.

Undeterred, Stephano contacted the Prahran Police in Victoria which was the nearest police station to where the bike was advertised for sale. He also contacted BikeVAULT seeking our assistance.

Following our joint intervention, Stefano’s bike was quickly recovered by the Victoria Police. The man who was attempting to sell the bike is now subject to an investigation which may result in him being charged with Handle Stolen Goods.

Great work from all involved!

I can never thank enough the services provided by BikeVAULT and Victoria police.  In no time, they made the recovery of my bike possible and they returned it to me when all my hopes were completely lost.

And I can't stress enough for everyone to use the services provided by BikeVAULT.  Without them my bike would now be gone forever.

BikeVAULT and the Victoria police are true weapons against theft. Bikes should always be registered on BikeVAULT as soon as they are purchased, not just after they're stolen! Let's make these criminals’ lives harder!