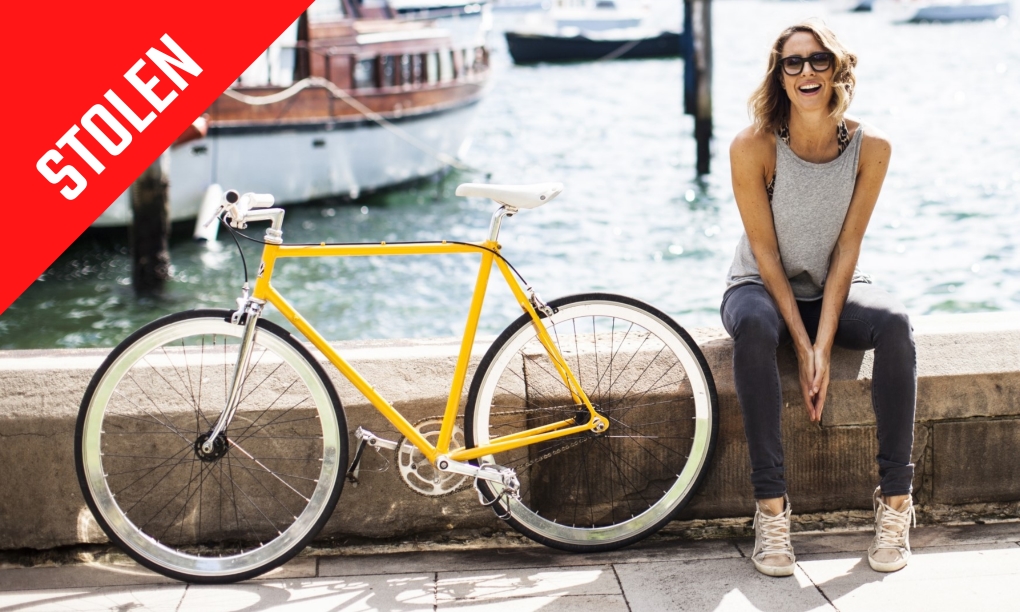 When you’re a minimalist like Sarah your acquired possessions are carefully picked and in this case her custom-built bike was very much loved!

Sarah Wilson, author, podcaster, climate activist and bike enthusiast, bought her rare 1970’s Barale Superlight frame from Paris in 2007, which she then had lovingly restored by Chappelli Cycles.

On Friday 24 September 2021, Sarah rode her bike to her local Charcoal Charlies in Bondi, parking her bike out the front while she was picking up a friend’s dinner order.  Not thinking anyone would want to take her prized possession and having faith in humanity that most people won’t take what is not theirs, Sarah was devasted to find her two-wheeled best friend had been stolen by an opportunist thief.  While no doubt some will say Sarah should have locked her bike, it doesn’t lessen the crime and nor does it lessen our resolve to help get her bike back! 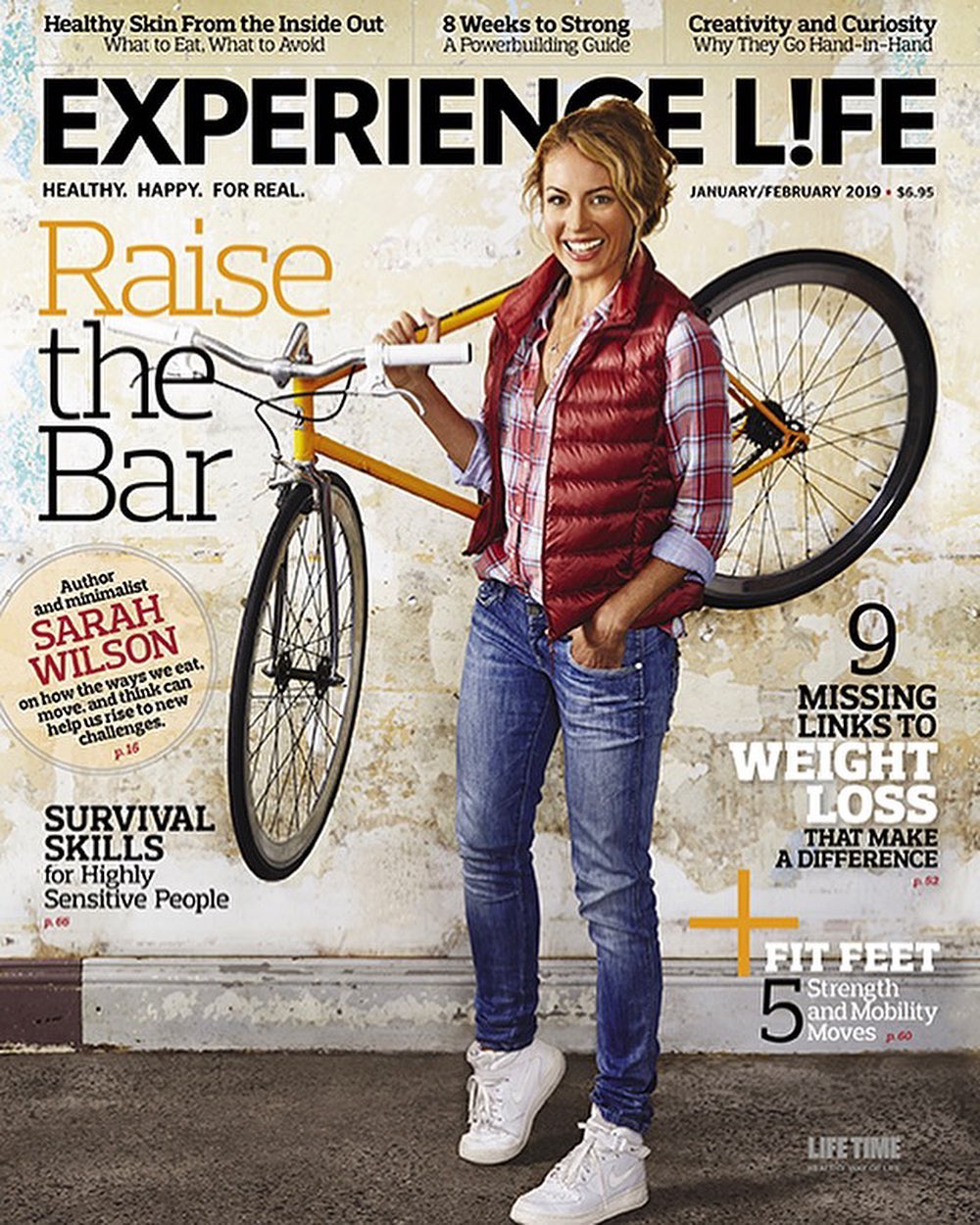 $600 Reward for Information that leads to a recovery

Sarah has stumped up a $300 reward and her local cafe BruCoffee have donated an additional $100 for information that leads to the recovery of her bike.  On top of Sarah’s reward, BikeVAULT will provide a VAULT Family Pack Bike Identification kit and choice of a VAULT premium lock (‘D’, Folding or Chain) valued at $200.00 to the first person who comes forward with information that aids in the recovery of the bike.

If by chance you are the opportunist thief who has taken this bike, we urge you to drop the bike at a safe location and leave an anonymous message with Crime Stoppers on 1800 333 000, or make a report on the stolen bike post - Barale Chapelli - PV 46924 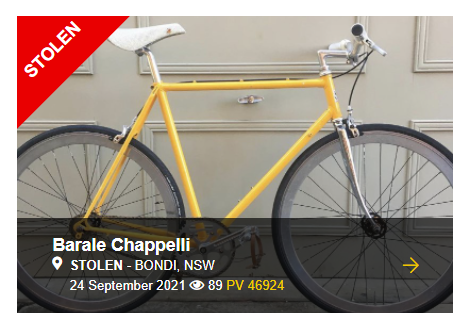 Note to thief: If you did steal this bike, you won’t receive any reward but you will receive some good karma for doing the right thing!  Sarah’s bike is highly identifiable and will remain publicly searchable on BikeVAULT until it is recovered.